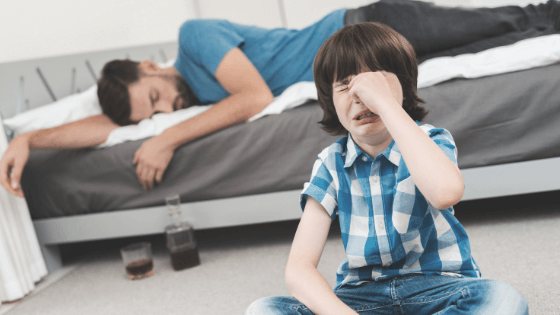 Unhealthy addictions affect the health, psychological well-being and lifestyle of more than just the addict. His behaviours and their outcomes have detrimental effects on his relationships as well, as seen by many alcohol rehabilitation centres in India. In fact, the children of addicts often bear the brunt of such ‘family diseases’.

Children can become frightened and immobilised by their parent’s addiction. Some react by being ‘super-good copers’ who try to make up for their parent’s physical or even mental absenteeism by taking on more domestic responsibilities. They may learn that it’s useless to show emotion to anyone. Due to such a repression, they often never learn how to express themselves in healthy ways, which can become crippling in later life.

They suffer from low self-esteem

Many children of addicts feel that their parent’s addiction is their fault. They may take it upon themselves to get their parents to alcohol rehabilitation centres in India, even though it is not their responsibility. They may make excuses for their parent’s addiction, absenteeism and even violence. They may develop a sense of worthlessness and conclude that their parents don’t love them. All these issues lower their self-esteem which can affect many areas of their lives. Girls in particular may even develop dangerous eating disorders like anorexia or bulimia.

They become vulnerable to physical, verbal, or sexual abuse

Apart from emotional abuse, children may also be physically abused by their addicted parent. The sober parent may deliberately blind themselves to what is going on, or even collude in covering up the abuse out of shame or fear. Either way, it reinforces the child’s sense of worthlessness. Sexual abuse in addict families has long-term repercussions on the child’s emotional and psychological well-being.

By the time they reach adulthood, an addict’s children have repressed their feelings so much that they cannot speak about their emotional, psychological or physical damage. They rarely trust others or willingly share their problems or lives. They may stagger from one bad relationship to another. Daughters of addict fathers have a very disturbed role model of a man and may therefore marry another alcoholic, often unknowingly. Sons of addict mothers have ambivalent feelings about women and may even be violent towards them.

Some children may act out their own fear and anger in destructive ways by throwing tantrums, turning to crime or experimenting with drugs or alcohol. In fact, in homes with addicted adults, children are approximately twice as likely to develop addictive disorders themselves. Talking to a trained professional at alcohol rehabilitation centres in India may help.

If you are an addict with children, know someone who is or are the child of an addict, you can do something about your situation. You don’t have to go on being a victim. Seek help – give us a call. Our life’s mission is to help addicts and their families overcome their addiction and lead a healthier life.